About Keryas traditional hotel in Isfahan

Regarding the traditional Keryas Hotel in Isfahan, it should be said that the Anjawaheri building isa remnant of Qajar period architecture with a history of nearly two centuries.

The building of Keryas Hotel is a jewel left over from Qajar period architecture with a history of nearly two centuries.

Each room is unique and tells its own story: Three doors, five doors, courtyard, azure pool or building roof. 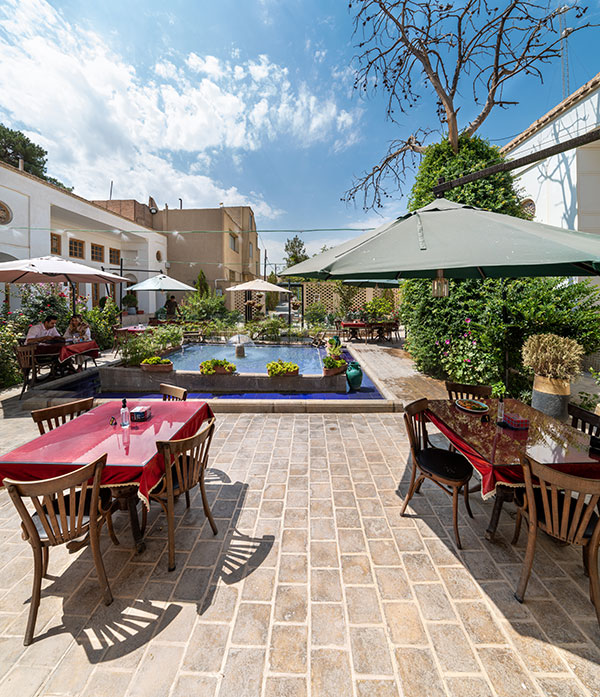 The traditional hotel of Keryas, which has 15 rooms with a special name, with a traditional atmosphere that offers a heavenly tranquility to the guests in a few steps of Naghsh Jahan Square and its famous bazaar.

But at the same time, the most modern facilities are provided for the maximum comfort of our dear guests, and this is the main key to their complete satisfaction.

If you visit this site, it means that you are probably planning a trip to Isfahan.

We must congratulate you: Isfahan is the jewel of Iran’s tourism and a journey full of memorable moments is waiting for you,

Where amazing and nesting bazaars connect unique buildings such as the Abbasi Grand Mosque, the Aali Qapo Mansion and the Sheikh Lotfollah Mosque.

Fortunately, you know about the traditional Keryas Hotel in Isfahan, we are wall to wall neighbors of all these historical buildings!

The best spot of Isfahan

Our neighborhood with Naghsh Jahan Square, the Keryas Hotel, is located right at the foot of the turquoise dome of the Abbasi Grand Mosque.

Nowhere else in Isfahan, such a pure experience is achieved!

Here, after having breakfast in the beautiful courtyard of the hotel and at the foot of the unique turquoise volume, leaving the traditional hotel of Keryas Isfahan, you immediately step into the old Isfahan.

If your plan is to visit Naghsh Jahan Square, you will enter it in two or three minutes.

If you want to see other historical and ancient monuments of Isfahan, all of them will be a short walk away with you.

Just take a look at the list below to find out that choosing KeryasHotel is a memorable accommodation choice in Safavid Isfahan:

This mansion is basically the old house of Nizam-ul-Islam, which has a very beautiful Isfahani architecture.

This building, which is called the building of Nizam-ul-Islam, dates back to 150 years ago, ie the late Qajar period.

The main owner of this building was Nizam-ul-Islam Mirza Mohammad, nicknamed Mirza Mohammad Moallem, who played a decisive role in the middle of the Qajar period and in the constitutional movements of Isfahan.

Now the tomb of this noble man is in Kazeruni.

This historic house is located right near the Abbasi Grand Mosque on Governor Street.

The house starts in the style of all Qajar buildings with a porch. 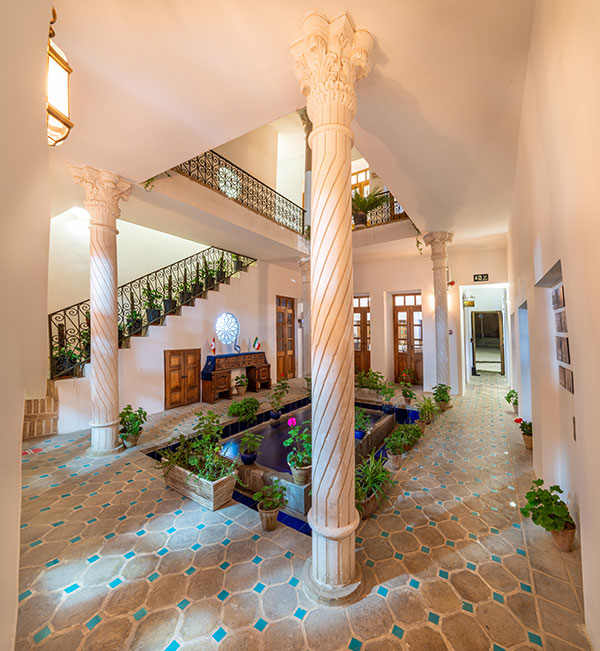 A rectangular pond is also located in the center of the courtyard.

What catches your eye the most is the large number of doors and windows.

The first floor was called the pool house, which was used by the locals.

A space with a pond in the middle and rooms around that in the hot weather of Isfahan has moderated the air a little.

Rooms with wooden furniture, wonderful color combination and exclusive naming that you can learn more about

Read the rooms of the traditional hotel of Keryas here and then book your room online. 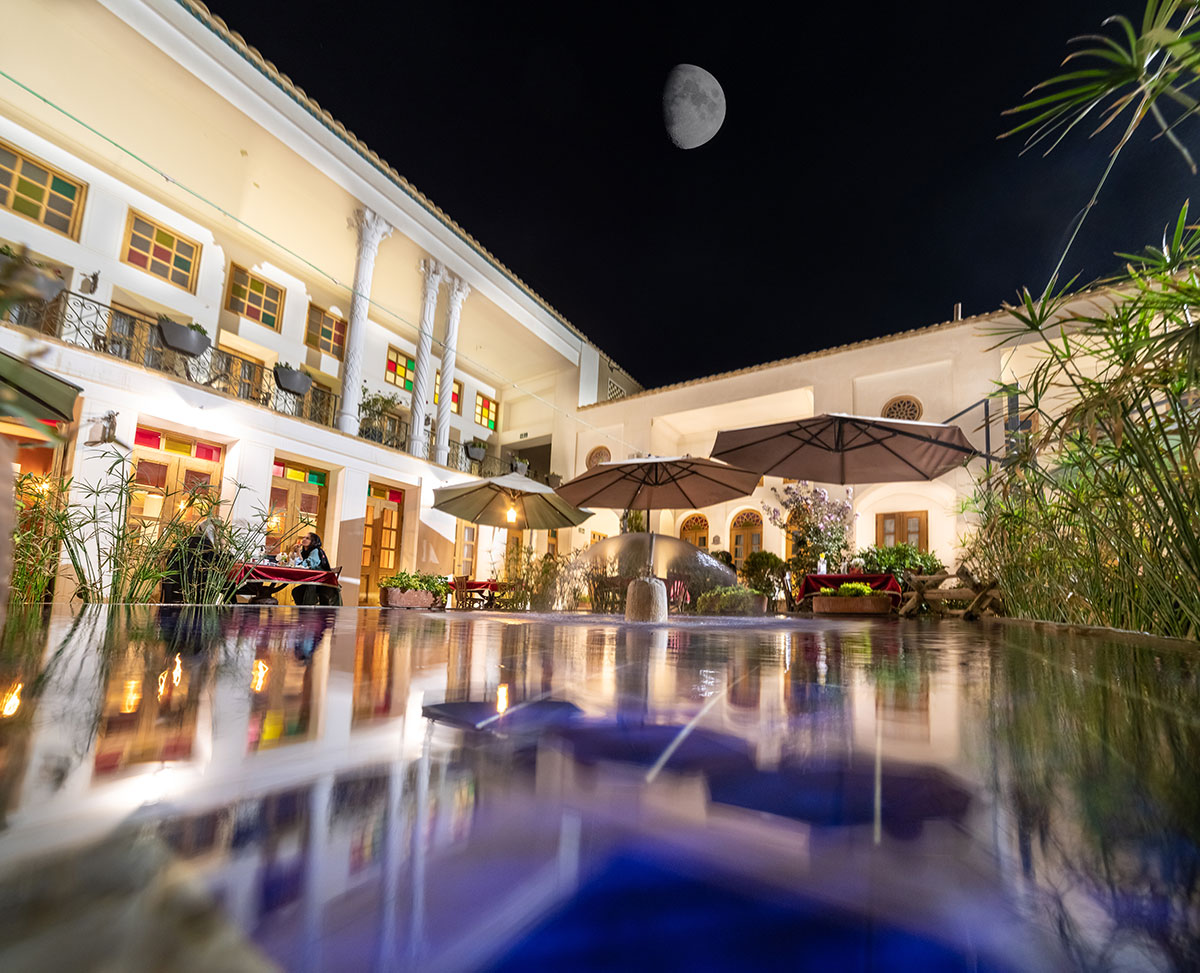 Five-door, three-door and two-door rooms can be seen on this floor.

The second floor of the mansion includes 5-door, 3-door rooms as well as a royal room.

In the porch of this floor, there are some simple plastered columns and a little bit of decorations such as mirror work have been used.

This building has a very beautiful view.

The beautiful dome of Shah Abbas Mosque stands out in a corner of this square.